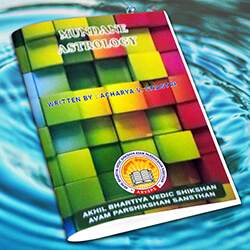 With the help of Mundane astrology, natural disasters coming on a country can not only be accurately estimated but can also be avoided. Find out with this science of astrology, earthquake, rain or peace will come. Science may not predict earthquakes and other natural disasters, but with Mundane astrology, to a large extent natural disasters can not only be accurately estimated, but also measures can be taken to avoid it. Indian astrology is divided into several parts. All parts are used in different calculations. In these one is Mundane astrology. Mundane astrology is a person's past, future and It does not work in the present view, but it can be used for a big land, country or world.It is used to know the future. Its basic principle is similar to the prevalent traditional astrology, but the fate of the country and abroad is known by counting the planets. How the future of nations is seen in the horoscope too likewise a horoscope is made by which different planets are given to all the planets, such as the King / Prime Minister / President of the Sun country, Judge or Supreme Ruler.
Represents. Similarly, the moon and the women living in that country Indicates the condition of the public. Military personnel, policemen, doctors living in the country from Mars and other disasters are anticipated. Media from Mercury, associated with media the future of individuals and intellectuals is known, while the guru religious leaders, judges, lawyers, industrialists, banks and religion.