Nothing can be achieved without the blessings of god Puja room is god's abode in our house. So utmost care should be taken while planning the Pooja room. Pooja room should always be made in the Ishan Kona. If there is no place in Ishan kona then puja room can be made in the North. East or West direction. This is place is suitable for normal daily puja, but special pooja like havan, katha or some other ceremonies can be performed In the courtyard or at the centre of the house. 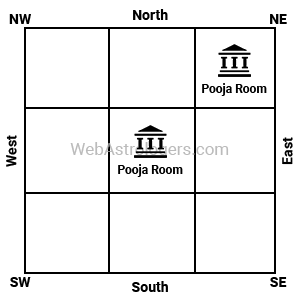 Pooja room should not be made inside the bedroom. Bedroom is controlled by materialistic Venus while Pooja is governed by Satwik and spiritual Jupiter. Jupiter considers Venus to be his enemy and so is not comfortable in his domain. When pooja is in the bedroom Venus afflicts Jupiter and harms the benefic effects of Jupiter. Consequences of this will be that spirituality of the person will be reduced and he will not get full result of his pooja. Jupiter also represents children and money. When pooja is in the bedroom then there could be lack o happiness from children, also there could be lack of money. Similar results can be expected if pooja is in the drawing room.

Pooja should also not be performed in the kitchen though it is a common practice. Kitchen is the domain of Mars, a natural malefic. The articles present in the kitchen like food materials, spices, knives, utensils, gas etc. are also represented by Mars. If pooja is made in the kitchen then the spiritual effects of Jupiter get reduced and the person becomes aggressive. With the result, proper spiritual development of the person does not take place.

Pooja room should never be made in front of a toilet. Firstly toilet is an impure place, no matter how well kept it may be. We need to make pooja room only in a pure place. Secondly toilet is controlled by Rahu who is an Asura. Rahu is filthy, brash and untraditional. He is materialistic and believes in falsehood. He creates 'Matibhram' i.e. illusion of the mind. He adversely affects the traditional spiritual Jupiter, so full results of the person's Puja can never be got if puja room is made in front of a toilet. Pooja room should also not be made under the stairs.

If there is shortage of space and separate puja room cannot be made in a proper place, then puja should be made in the study room.

Some Guidelines for Pooja 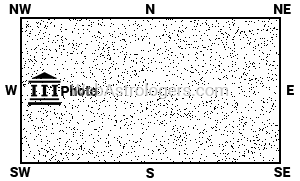 Pictures of the Ancestors

The Proper place for the pictures of the Ancestors

Pictures of the departed souls should always be placed in the West direction, but these pictures should not be kept along with gods and goddesses. Ancestors are dear and honourable to us, but they cannot take god's place. Proper rituals must be performed for them on their death anniversary and during shraddha. 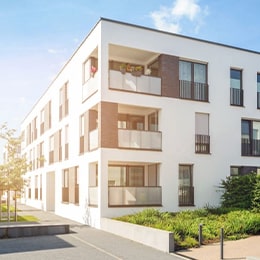 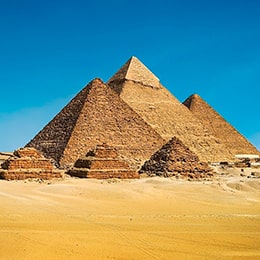 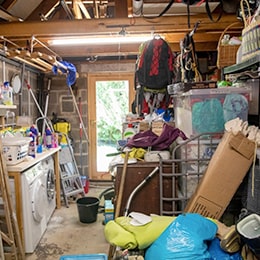 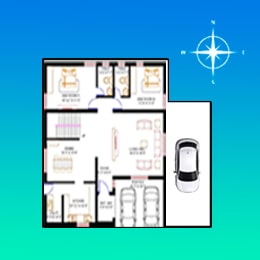