Main Door of the House

'The main entrance door of the house is also called “Pradhan dwar” or simba dwar. 'This door should be larger, stronger and more attractive than the other doors of the house. Flawless main door is necessary for the progress and prosperity of the house. An auspicious main door ushers all kinds of happiness into the house.

Doors of the house play an important role in the well being of the persons living in it. If the door happens to be in the wrong direction or in the wrong place or is affected by vedha, then the owner and his family members have to suffer from varied kinds of problems and they keep facing mishaps. On the other hand good positioning of the door, opens doors to opportunities of success and good fortune to the owner and his family. 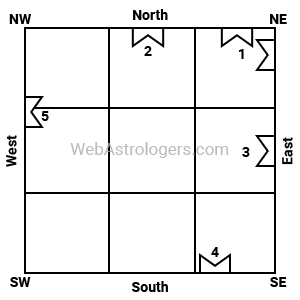 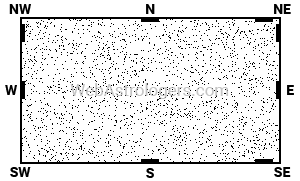 Door in the East gives good results. Main door in the northern Ishan is extremely auspicious. It ushers in gods blessings and good fortune. If the main door is made in Northern Ishan then automatically the heavier objects will be placed in South and West, with the result the eastern portion will be lighter than the western portion. This is the basic principle of Vastu shastra. Main door in Eastern Ishan is also very auspicious. 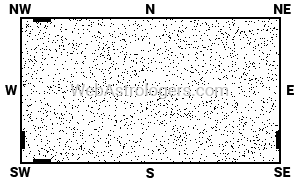 Main door in the Eastern Agneya (SE) is of poor quality and is inauspicious. It brings I inauspicious results like theft, fire accidents, and diseases. Main door in Southern. Nairritya (S.W.) creates financial losses and gives diseases to the women of the family. It also reduces their longevity. Main door in Southern Nairritya (S.W.) is harmful for wealth and for the longevity of the men of the family. It also brings about loss of position. For these reasons main door should never be kept in this direction. Main door in Northern Vayavya is also inauspicious and results in the unstable mental condition of the residents.

To sum up, door in Eastern Agneya causes diseases and fiery accidents. Door in Southern Nairritya makes the women unhealthy and diseased. Door in western Nairritya is also harmful for the health of the women and reduces the age of the door. Door in northern vayavya makes the residents very emotional and mentally unstable.

Note: Main door made at the centre of the plot is inauspicious for a residential or professional establishment. It can cause destruction of the family lineage. Such a door is considered auspicious only for religious places. 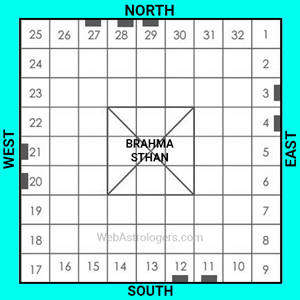 Position of Main Door
According to Vastu Chakra

Position of Main Door According to Vastu Chakra

The main entrance should be located in the auspicious grid position. The site of building is divided in a 9x9 grid called the paramsayika Mandala. Placement of main door is determined by the presence of different deities having lordship of different parts of the site.

The correct placement of main entrance in different direction have been shown in figure.

Guidelines for the Main Door

It is absolutely necessary to make a boundary around a residential or a professional establishment. The boundary not only protects the residents but also protects them from Vastudosha. Southern and Western part of the boundary should be thicker than the Northern and Eastern part. Apart from this for keeping the boundary in harmony with the main door the following rules should be kept in mind.

After becoming successful financially, the people who make houses in very huge plots leaving more than four times the covered area as open space, have to face the day when their success story becomes a glory of the past. In many huge plots, very huge gardens are made apart from the house. This becomes inauspicious. If a garden has to be made then a wall should be constructed between the house and the garden and a door should be made in that wall. A garden should be made in the plot only when the shape of the plot is normal. If a huge garden is to be made then it should be separate from the house. The entry door into the garden can be from outside. If the garden and house need to be connected then the door should be kept in North or East. This is possible only if the garden is in the North or East. If the garden is towards South or West then its door should be from outside. Garden in a plot is not inauspicious unless it is disproportionately large. Normally in towns and cities the gardens are small and they are not inauspicious. 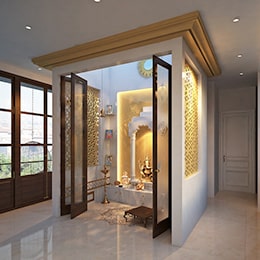 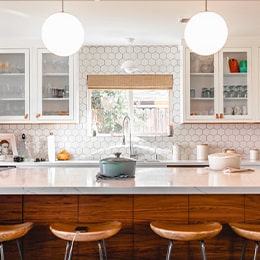 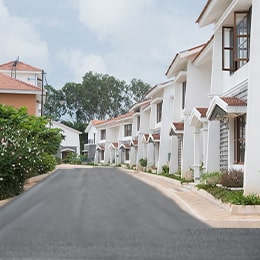 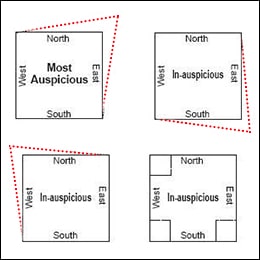