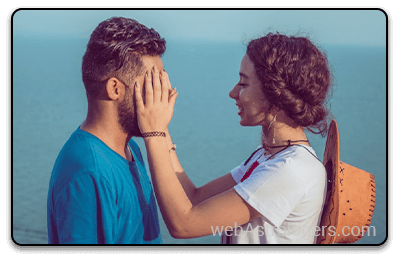 In the compatibility between Scorpio female and Taurus male, it may look like both shares very little similarities in between them. Watery scorpion is profound and enigmatic, where earthy Taurian is simple and firm. But both may attract sometimes.

As the both are very friendly, the Scorpio female will take the first step to the Taurus male and she won’t be let down. He is very familiar and she is immediately influenced by his search for knowledge. He, too, is fascinated to the easiness and confidence of her.

Taurus men like lovely things, and Scorpio women are naturally sensual and tempting. He may continue with her playful repartee, while his reactions are more balanced and controlled. She can’t rattle him, and this increases her attention in him doubly.

The Scorpio female is very zealous and hides nothing in their lovemaking. Luckily the Taurus man has the endurance to complement, and starts their love-making at an unhurried and very romantic speed. He’s not as lively as she is, but he does give a firm base off of which to make their sexual correlation.

And the Scorpio female will sit on that bull hard, expressing anger and do anything without worrying about the risk or negative results. This can be a little too much for her Taurus mate in the beginning, but he may positively continue. But if she desires to totally please him, she will need to dilute her desire and effort to complement his more sensual way.

The Taurus male, then, might need to put pressure sometimes to keep her involved. If the Scorpio and Taurus both might get a balance, they will have a very pleasing sexual pairing. It will only need try to continue it.

As much as the Taurus man works to understand her, he sees that Scorpio female is holding something in rear and this might be wearisome to him as the correlation continues. He is not into playing mind games so she will need to be very cooperative if she desires there to be a future in between both. But there is no issue that the Scorpio and Taurus couple is attracted by one another, and they will decide to bring things towards the bed.

The Scorpio female loves to be in charge of every circumstance including her relationship. Luckily, the Taurus man trusts her very much to give up control in a few areas, but he still desires to involve in something. As he is a careful male, she recognizes he won’t hurry into something stupid and can trust in his firm managerial abilities.

But sometimes the Scorpio female and Taurus male couple will dissent, and he as the more rational of the two will not yield in his viewpoint. This will reveal her stinger instantly, and he will tolerantly confront her for a while. Though, he as well his limit and that’s when she will meet with his drastic anger.

It will be an encounter of willpowers until both can find a middle ground, if they may get one. But if they understand to work with each other they will be capable of trust in their mate’s strong points and sort out their weak points. For once they dedicate to their mate, they are in it for lifetime.

The love match between the Scorpio female and Taurus male pair is minor but love can flourish in this correlation with a little effort.