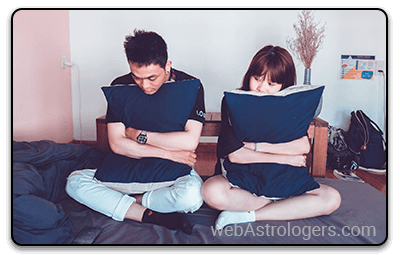 If the Pisces woman finds the Leo man, she will notice him first but he will certainly take the first step. The Pisces female is usually standing all alone, watching the room, and he is easy to notice. The Leo male is often surrounded by lots of people, chatting noisily and laughing frequently, and no one can keep away from the chance to connect in except possibly her.

And due to this, he desires to take her to join in and charm her like he does everybody else. She already recognizes this due to her extremely perceptive temperament. The Pisces female look at him warmly and caress his ego, and he reacts by concentrating his entire interest on her.

And she can carry on with his humorous chat and intelligent character. She notices how determined and hard working the Leo man is, and she suggests very high and good objectives for which he could attain. It’s due to this sort of mutual understanding that she lets him to get her in the bed.

But the Leo man will need to learn more sensual methods if he doesn't want to frighten this fragile Pisces female. For the same reason, she will need to increase her urge to seek satisfaction of their sexual needs to continue with her Leo male.

This Pisces female and Leo male pair can help one another if they are ready to find the middle ground. As Leo man is very ambitious he takes the controls and manages their entire obligations, which favors her as she doesn't care for such things. And she is capable of help him to see the big and lofty dreams than he never would have on own.

And with their considerate and fostering approach Pisces woman will be capable of offer the Leo male the concentration he wants frequently. Due to this, he will make her feel like a queen and guard her from everything.

The Pisces female is supple and fragile and he is powerful and furious. The Leo man is extremely fervent but in a physical approach, and this might be domineering for her.

The Pisces woman likes easy love and excitement and he is simply tired of such a way. And, as she usually in dreams he senses she is not as concerned in their sex as he. He wants continuous interest and she might come about like cold or disconnected.

She will need to be watchful not to wander away from his strong desires. The Leo man also has to dilute his forceful temperament. He can take control in bed for she doesn’t think about being leading, and that favors with his usual propensity to lead.

But troubles will take place when she desires to stay at home and he desires to go out and about. If there are arguments, she will see him roaring. And that will make her to step back to keep away from disagreement. The Pisces female and Leo male will need to learn to speak with one another to stay away from unsettled problems. The love match between both is almost average.

If the Pisces female and Leo male pair can find a middle ground, their commitment to one another is solid.