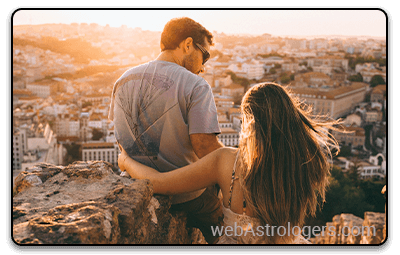 In the compatibility between Aquarius female and Pisces male, both are intellectual and exceptional characters, making them an excellent pair. But she is very intellectual and he is very emotional, and this is where their differing personalities can have a collision. The likeness between the Aquarius female and Pisces male may balance their dissimilarities if there is a big appeal

If the Aquarius woman finds the Pisces man, they are probably at a close meeting or maybe a business meeting. The Pisces male is an a shy and reticent person who doesn’t prefer to go out a lot, but the Aquarius female as the outgoing person will get him unaccompanied in the corner and talk with him.

The Aquarius woman sees right away how instinctive he is, more than other men she gathers. He’s very connected with his feelings and is capable of read other’s emotions and thinking’s. That’s how the Pisces man knows her like for a sharp intelligence and innovative view.

The Aquarius woman and Pisces man unite on this point, but vary in their thinking. She is quite rational, constantly observing things from an unusual viewpoint, while he is more of a fantasist. Even if they can each come up with extraordinary thoughts and theories they move towards it from different angles. But it’s this sort of love match that takes this correlation to the bed.

The Aquarius female and Pisces male character will differ a little more about sex, she feels their sex on a mental level and he feels it on an inner level. While these two are fanciful, he’s a lot more in touch with her than she is with him.

The Pisces male desires her to feel it on a profound level in their sexual pairing with him and she’s all about to enjoy. The Aquarius woman is not as involved in the pairing up till now as he is. While he takes time choosing the correct way of action, she moves forward without considering the results.

The Pisces male will need to unleash and concentrate on the present with her if he desires to continue her interest, and she will need to be watchful not to distress his fragile deep feelings if she really cares for him.

Such is the subject if they need to also maintain a pleasing relationship in other areas of life, for they possess different views on how to live their life jointly.